The Future of
Real Estate

Mettaverse is a full suite virtual real estate company, built as a club to service like minded individuals within the NFT community. 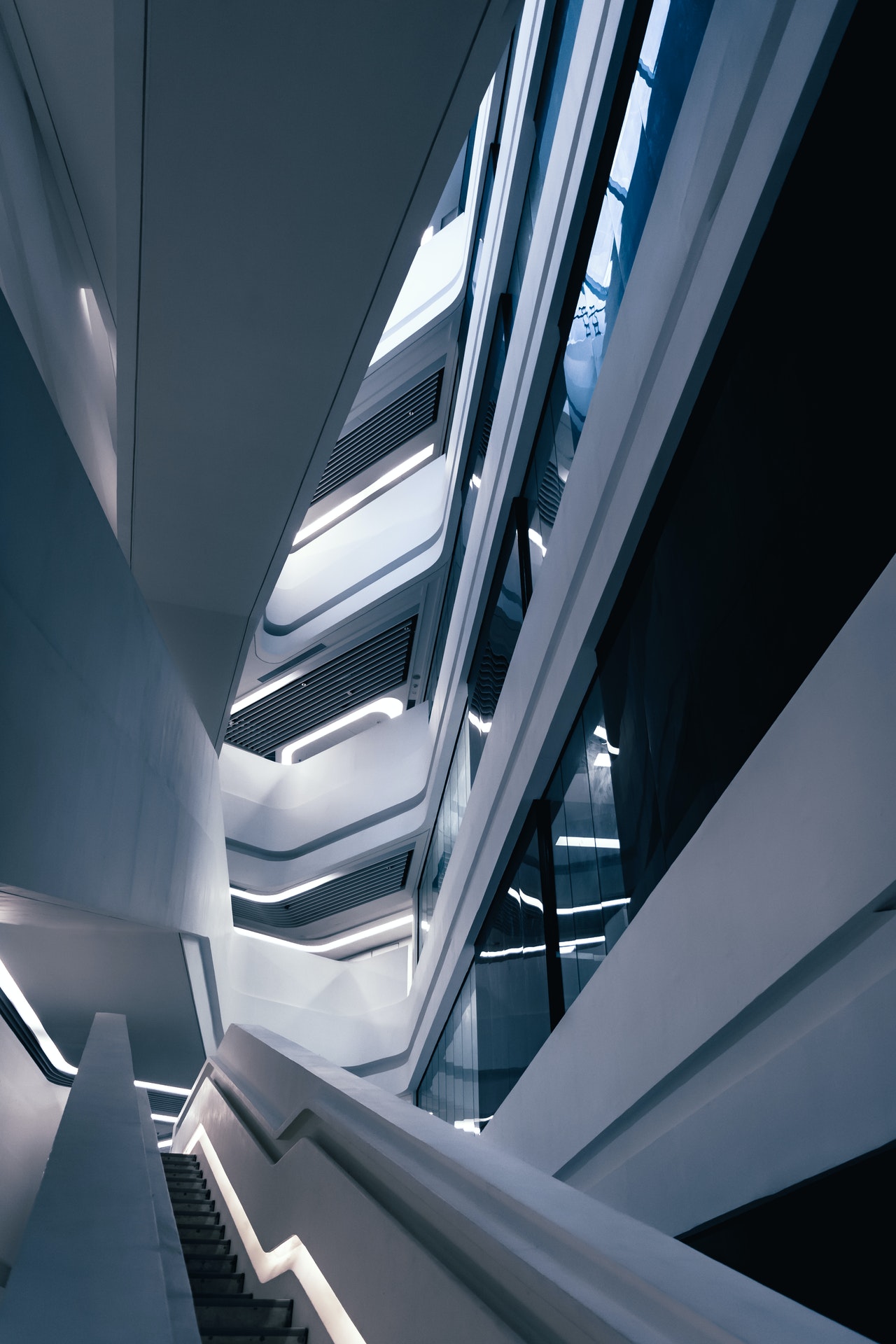 The Mettaverse is a full suite virtual real estate company, built as a club to service like minded individuals within the NFT community.

The Mettaverse envisions itself owning and/or managing over 100 metaverse properties and to eventually become a Real Estate Investment Trust (REIT) in the Metaverse. 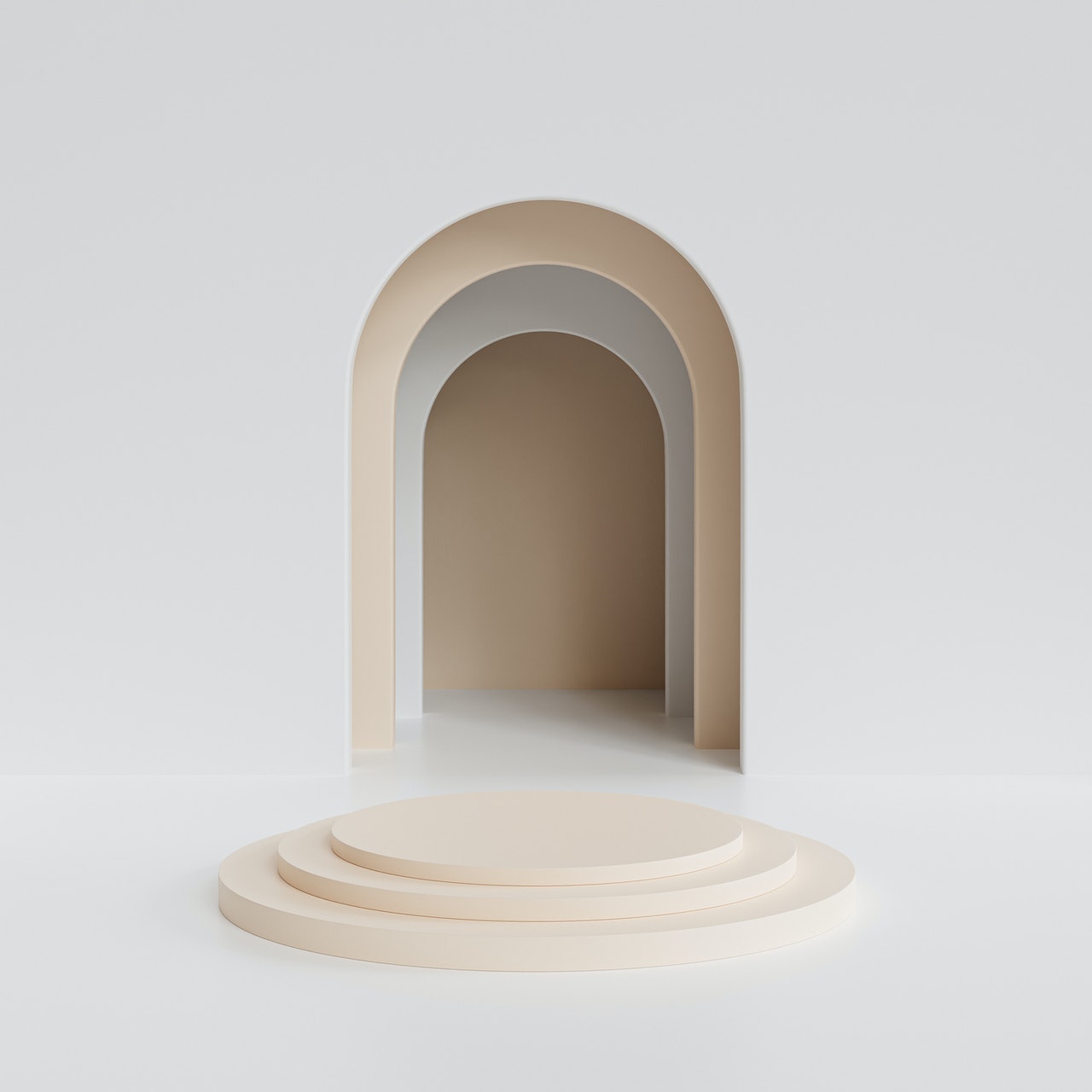 Sample builds for our clients' reference. 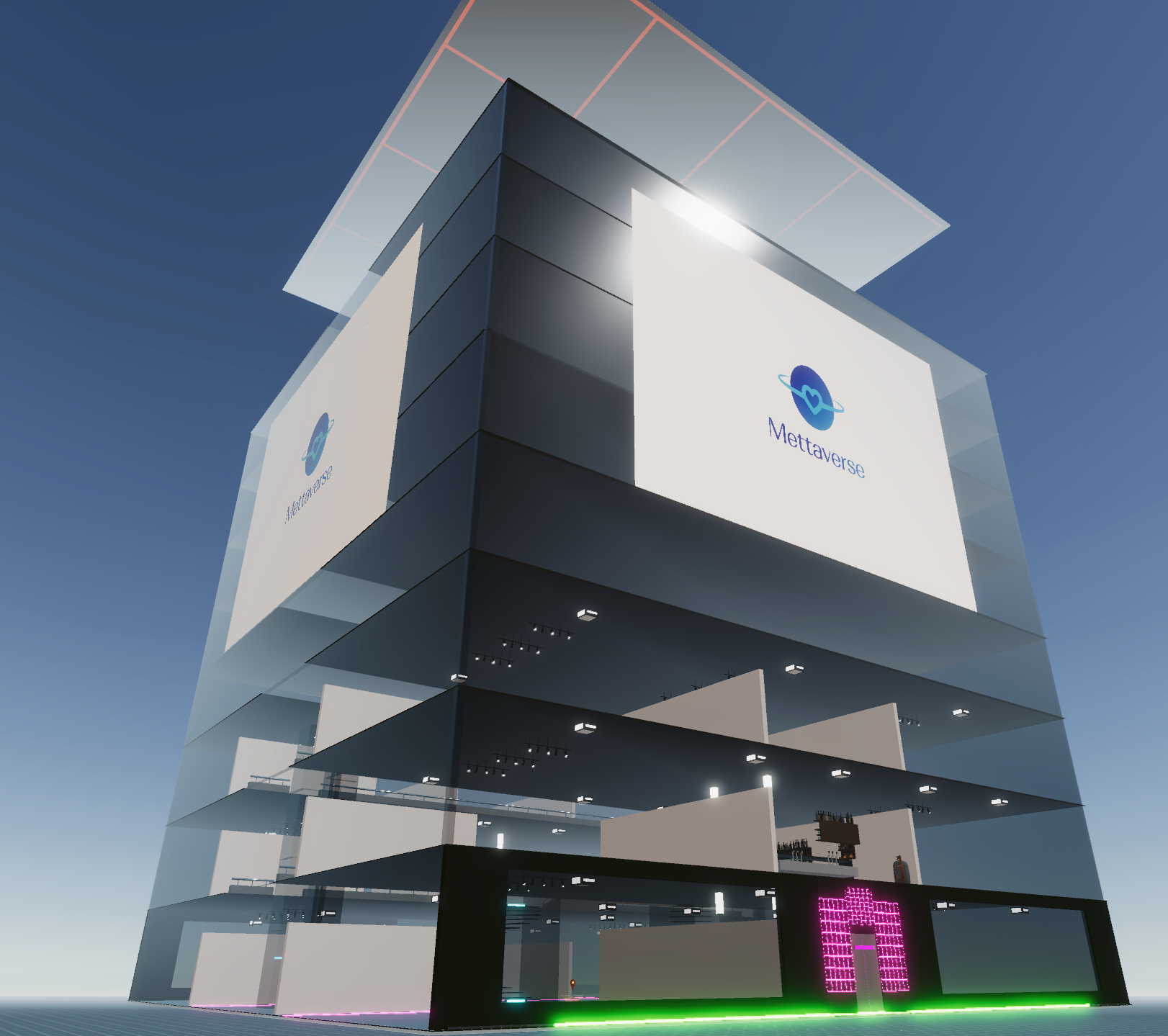 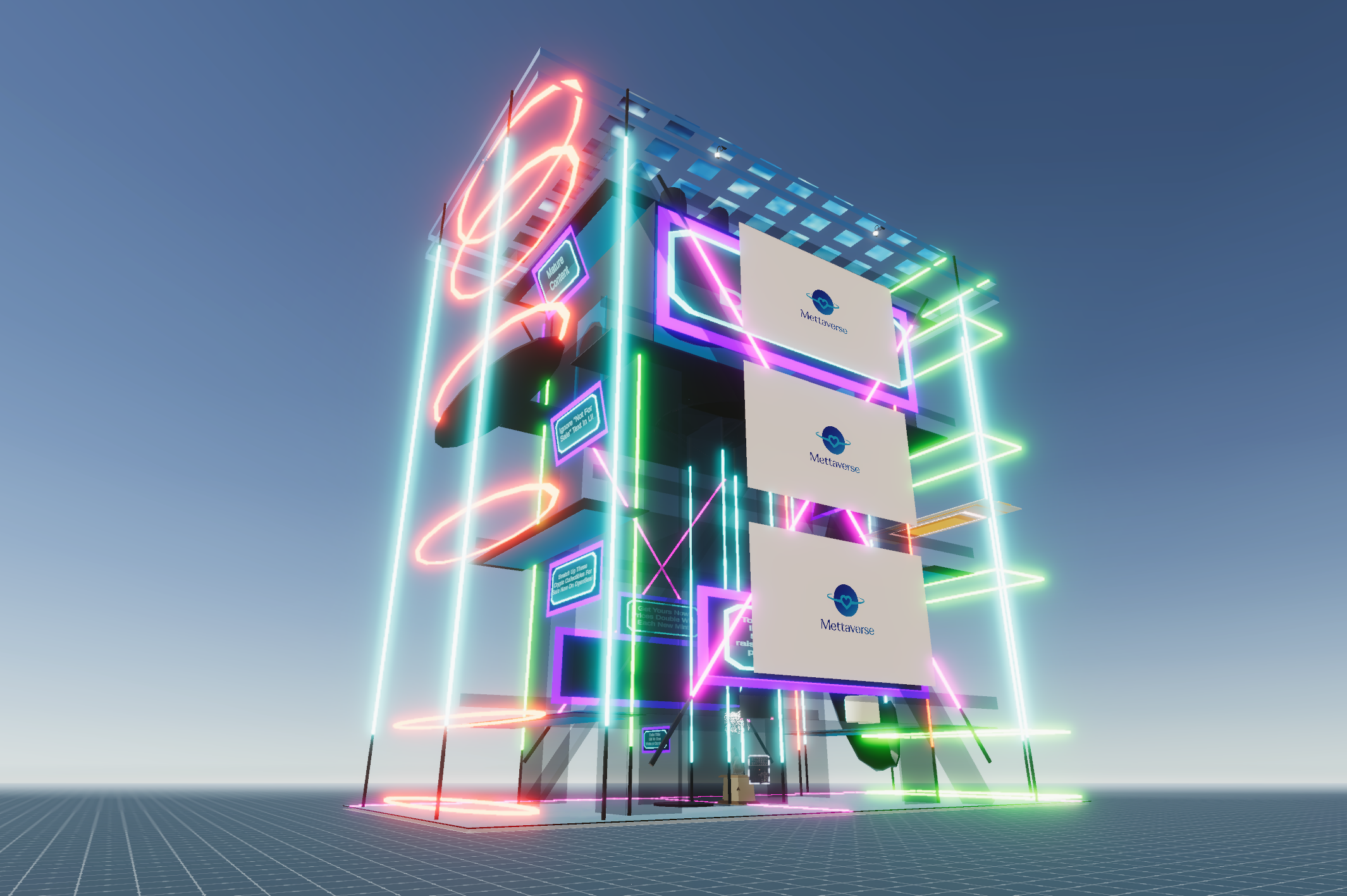 A clubhouse on a 2x1 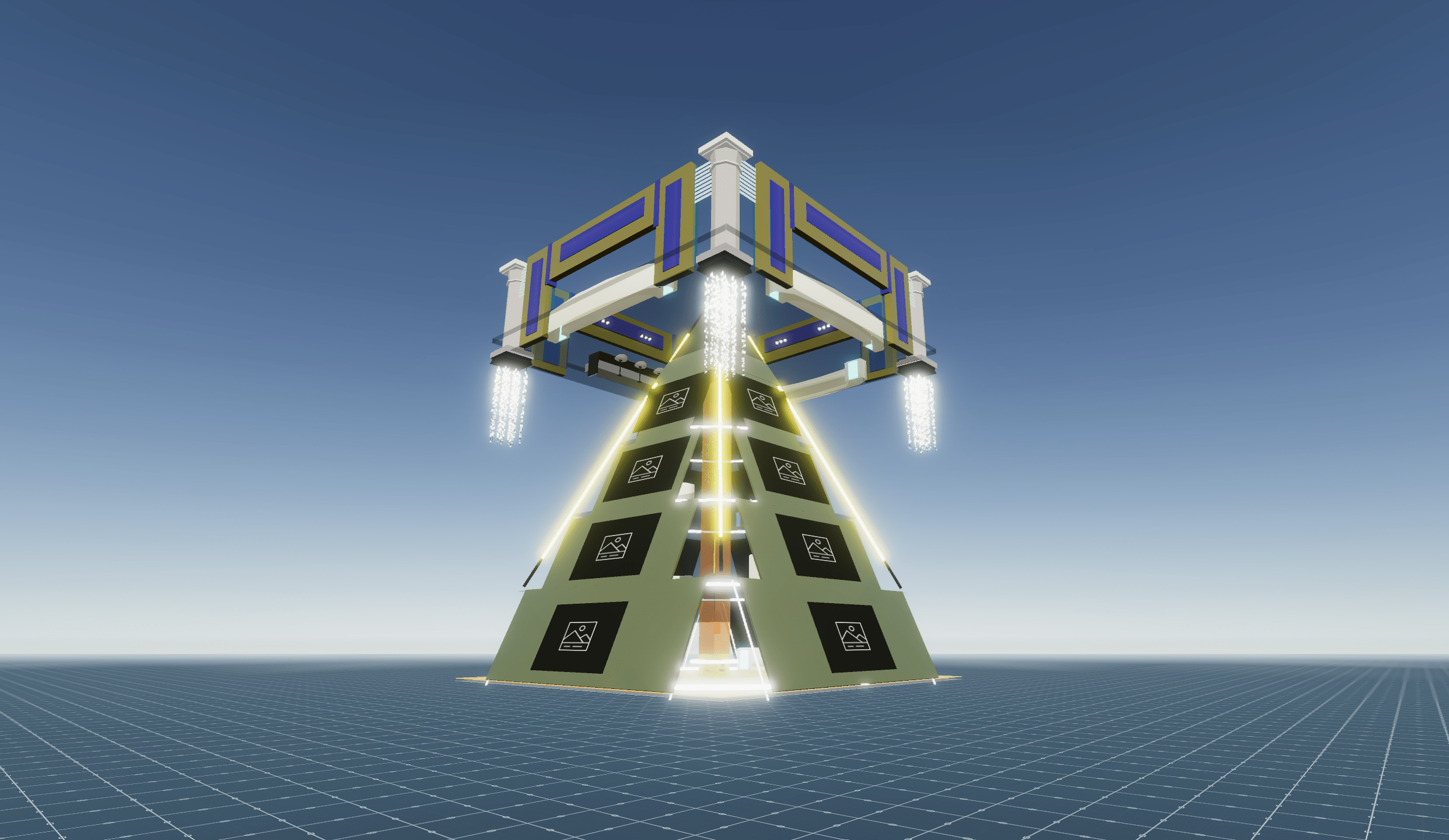 A pyramid shape structure with private lounge access on a 1x1 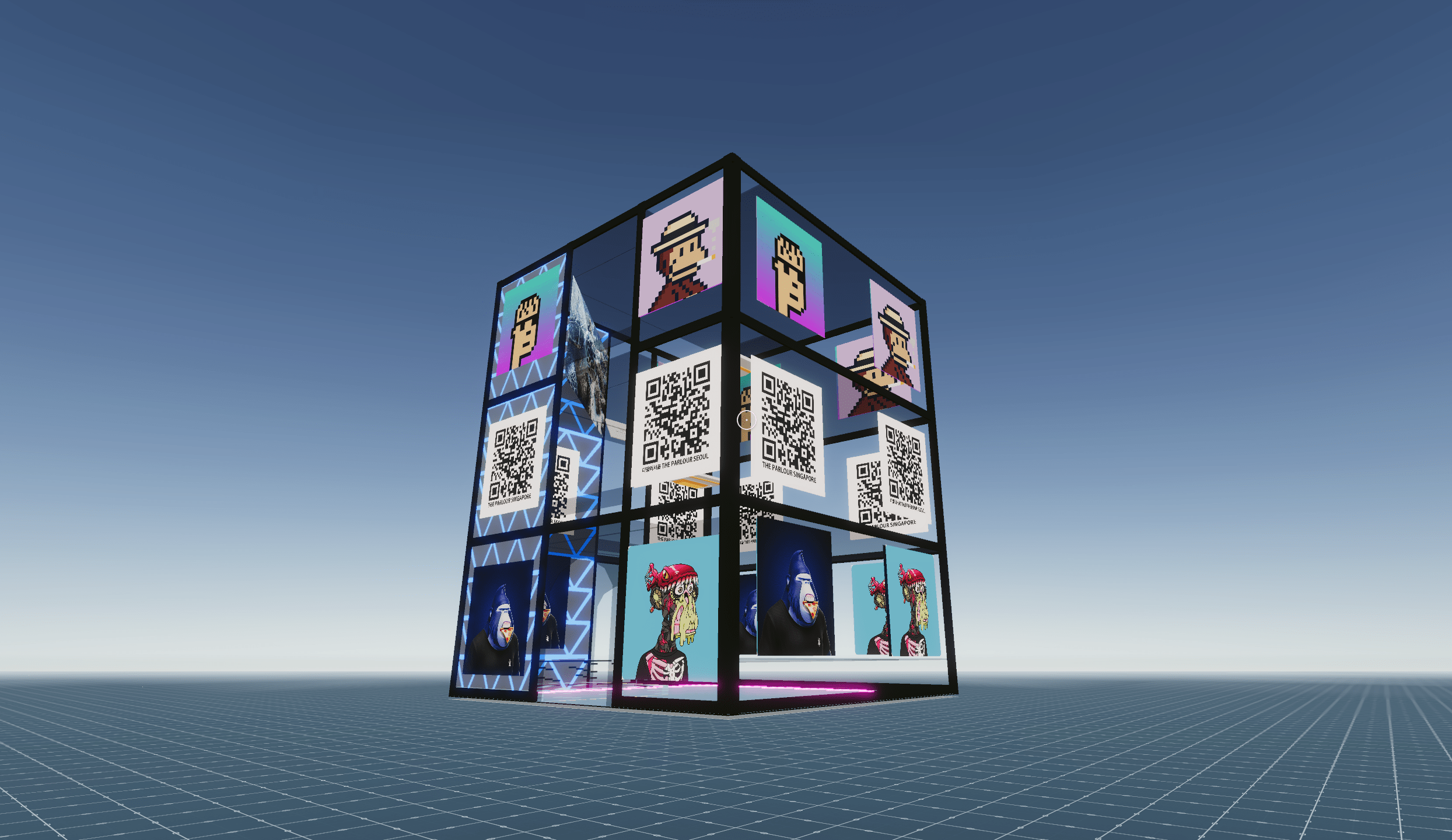 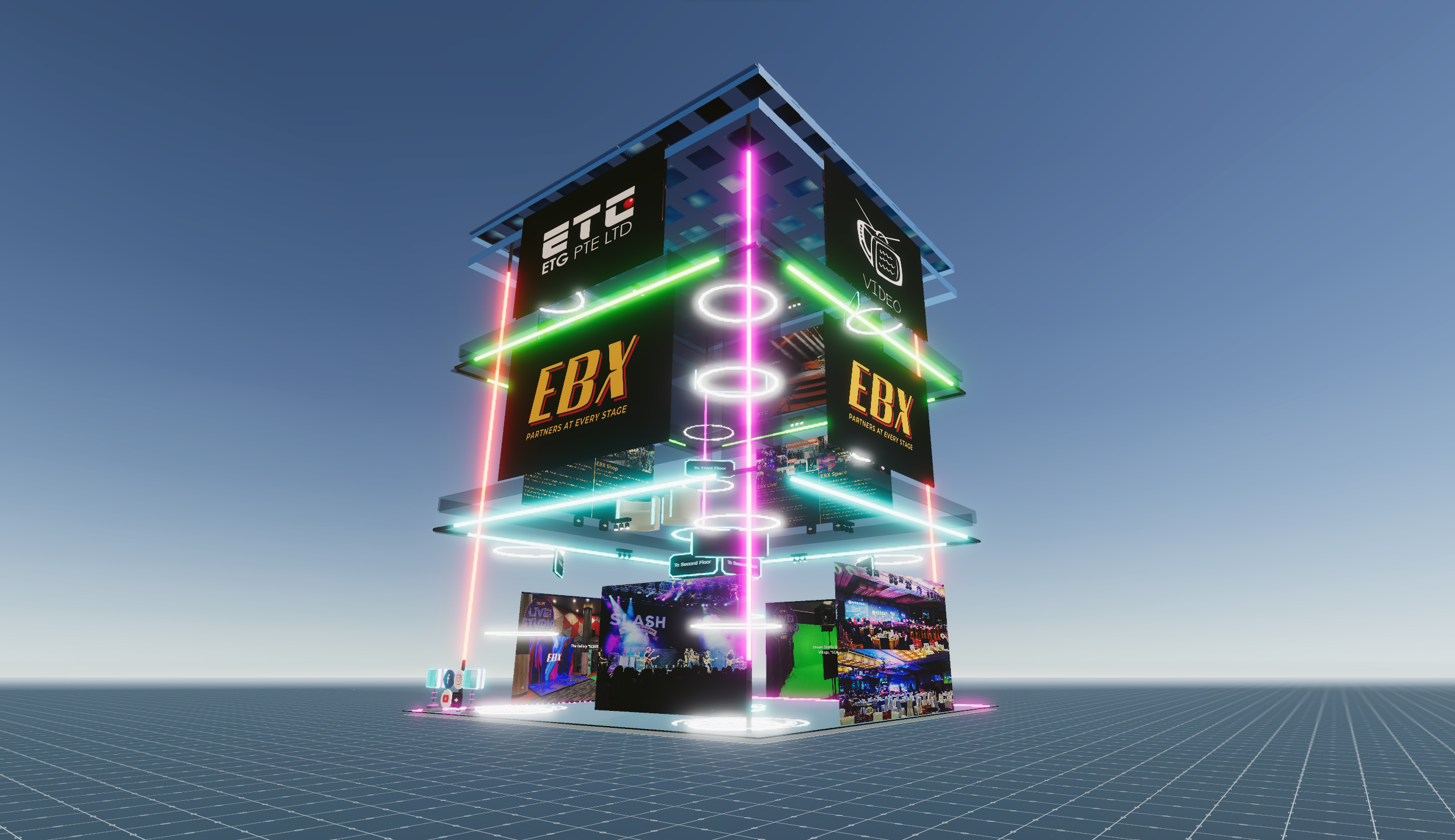 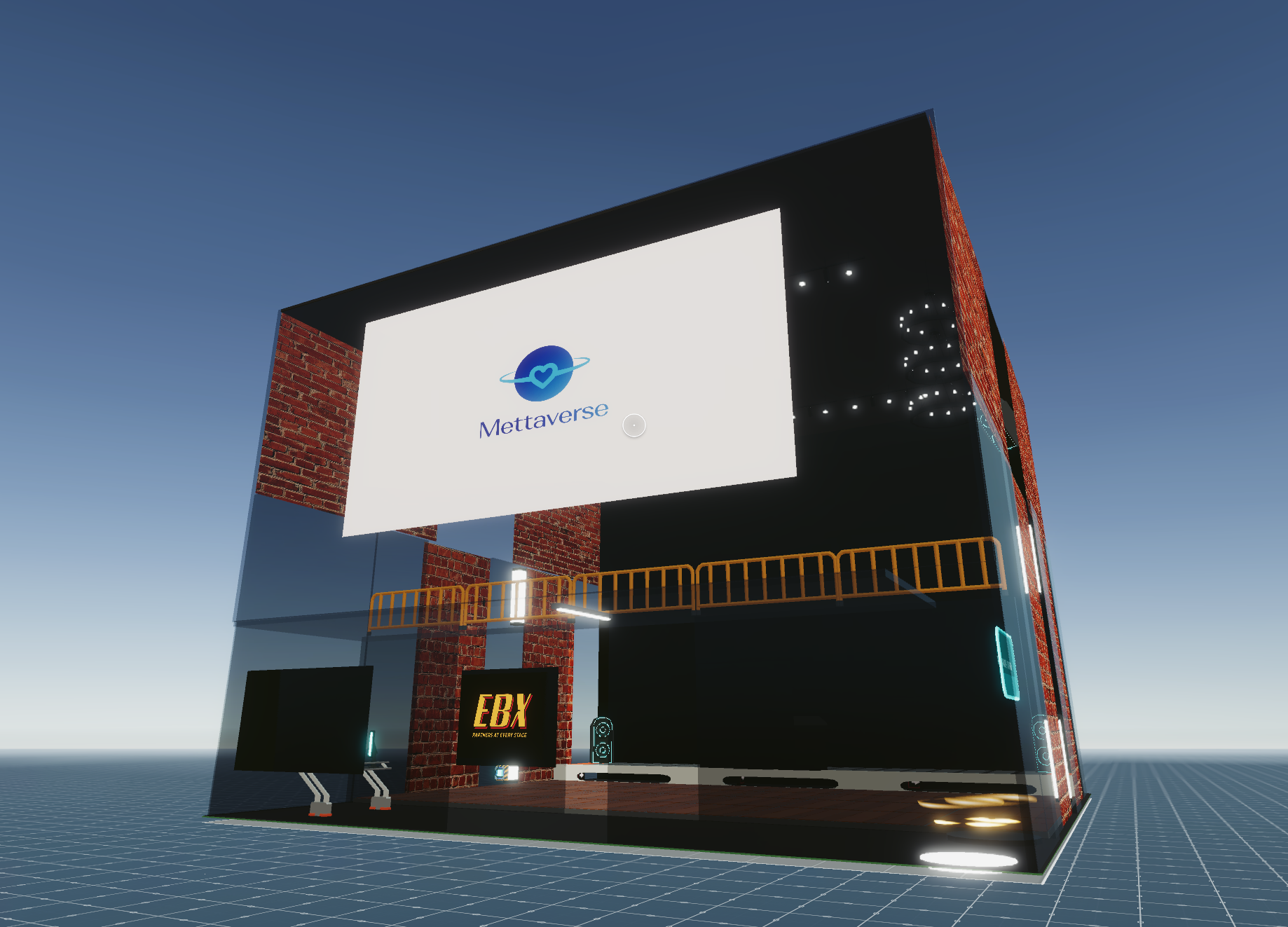 A performance stage on a 1x1

Jaye is the Managing Partner of virtual real estate agency, THEMETTAVERSE. He is also the Founder of Parlour Global, a collective consisting of 8 creative venues and The Creative Director of X10 Media Group with offices across Asia.

Jaye believes in empowering creatives and developing a more connected world. He has worked in the music, fashion and the entertainment industry for the last 15 years across Singapore, Japan, Korea, US and the UK having founded several creative and lifestyle businesses as well as becoming a viral music artist.

He has served as CEO, Community & Marketing Manager and Advisor for Layer 1s, Defi and NFT projects. He has also studied at the Institute of Blockchain, Blockchain Council, under Metakovan and is currently completing his MBA in Blockchain.

David is the Managing Partner of THEMETTAVERSE. He is also the CEO of The Ebenex Group, which manages 5 venues in Singapore across 3 companies and counting.

David believes strongly in using events to bring people together, having been involved in event productions on a national level at NDP, F1, Music Matter Live Festival for over 10 years as well as over 300+ virtual and hybrid events over the past 2 years. He sees the Metaverse as a launchpad for the next chapter of virtual events.

David has close to 2 years of experience in the cryptocurrency, NFT and virtual real estate space and is heavily involved in 2 NFT projects, Geisha Tea House with over 30000+ members, with AMAs with the likes of Kevin O Leary and Council of Kingz which owns 50+ land parcels across metaverses and counts real estate professionals globally among its Council.

How do I cancel my current subscription?

Why do I ask silly questions?

Why invest in the Metaverse?

With a wider adoption of cryptocurrency and NFTs among the general public, a growing segment are looking at virtual real estate in popular Metaverses such as Decentraland and The Sandbox as alternative asset investment classes.

An article on CNBC extrapolates the market for Metaverse real estate to double from US$500 million in 2021 to US$1 billion in 2022.

Investments such as Soros Capital and Winklevoss Brothers have invested with Softbank into The Sandbox and there is a growing number of brand partnerships with mainstream brands such as Adidas and Warner Music.

How big is this Metaverse?

There are currently 4 leading Metaverses as of Q1 2022. They are Cryptovoxels, Decentraland, The Sandbox and Somnium Space on the Ethereum network. On Solana, Portals seems to be taking the lead in that space and Pavia is the forerunner on the Cardano network.

Looking at Opensea, the largest NFT marketplace, there are at least 10 other Metaverses, including some with high potential such as Netvrk.

One of the largest Metaverses, Decentraland, has 1.5 million active users.

What is our investment strategy?

We believe in eventually owning metaverse real estate in 8-10 spaces and will be looking at Cryptovoxels and Sommium Space in the months to come.

Our key focus and at least 80% of our fund allocation will be in the 2 largest Metaverses, Decentraland and The Sandbox.

What do partner and associate companies, Ebenex and Parlour bring to the table? Experience wise? Contacts?

The Ebenex Group, consisting of EBX, ETG and Show Production, is one of the fastest growing events solutions company in Singapore and are key industry partners with *SCAPE, managing 5 physical venues for them in the heart of Orchard Road.

They have been established since 2005 and have very strong networks and partnerships across corporate, community and lifestyle events across 5 verticals: EBX Shop, EBX Productions, EBX Space, EBX Academy and EBX Live! Media production.

With over 3000+ successful physical event productions and 300+ virtual events including STB Pilot, APACMed Conference and *SCAPE Music Day Out, moving into the metaverse space for events was naturally the next step as an added dimension to the virtual events it currently produces.

The Group believes in cost effective, plug and play solutions and its production capabilities, track record and strong private and public networks will help propel THEMETTAVERSE LLP’s strong value proposition as a metaverse CEO, David is also a community leader, involved in PA grassroots, NDP committee, Clan committee, Secretary of SGMUSO and advisor to a few organisations. With his firm belief in metaverse real estate and using THEMETTAVERSE LLP’s real estate holdings, his vision is to make having virtual events in the metaverse a norm.

He was also the producer for 1 of Singapore’s first metaverse music videos and DJ party in Decentraland.

David also has prior experience as a real estate agent.

Award winning Parlour Global, consisting of The Parlour Singapore, The Parlour Seoul, The Music Parlour, Grid Culture, Freeflow and Mirage have been serving both creatives and corporate clients alike since 2015 with media production, education and experiences. With future plans to expand overseas and to create an international network of creatives.

Founder, Jaye also serves as Group Creative Director at Influencer Marketing Agency, X10 Media Group, advisor to several NFT Projects, Council Member of SGMUSO and multi-nominated artiste with millions of views and streams. He believes in empowering creatives and creating a more connected world by blurring the lines between physical and virtual.

Are there many Singaporeans in the metaverse real estate game? Any competitors? What's the USP?

NFT adoption among Singaporeans is currently at 6.8% as of December 2021 with a total of 11% of Singaporean Internet users saying they plan to own NFTs in the future.

Each metaverse real estate is in essence, a NFT with a different utility and value proposition compared to music and art NFTs.

This is definitely a space to watch, as THEMETTAVERSE LLP seeks to propagate a “live meets virtual ''experience, with parallel activations for live and virtual events.

Beyond events, other use cases can be virtual corporate HQs, brand activations or for play-to-earn games.

Right now, the metaverse real estate industry in Singapore is at its infancy and the partners believe its growth will run parallel with the adoption rates of NFTs in Singapore.

As the pioneer in this space, there are no known competitors as of February 2021 but we expect the market to heat up fast. 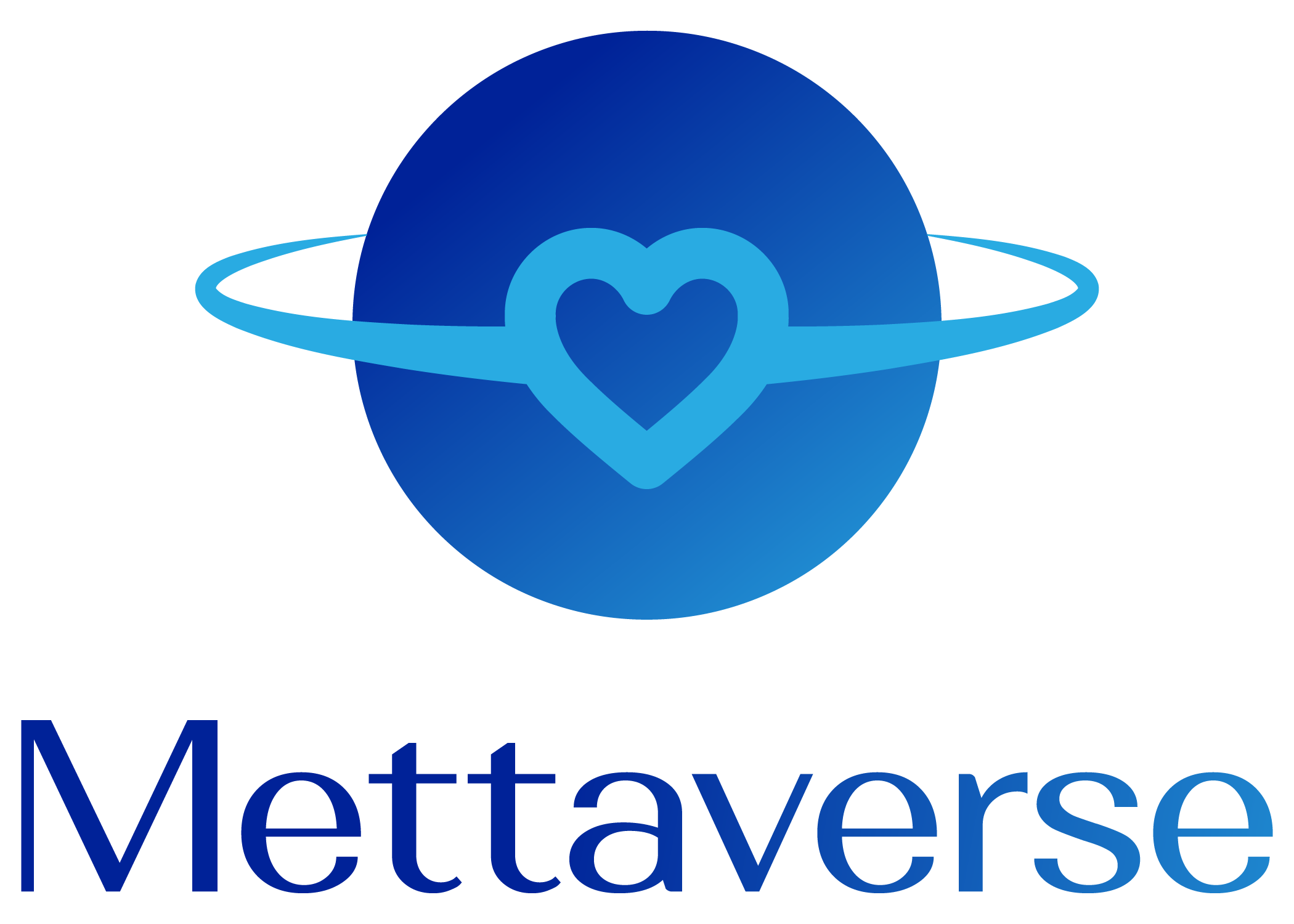